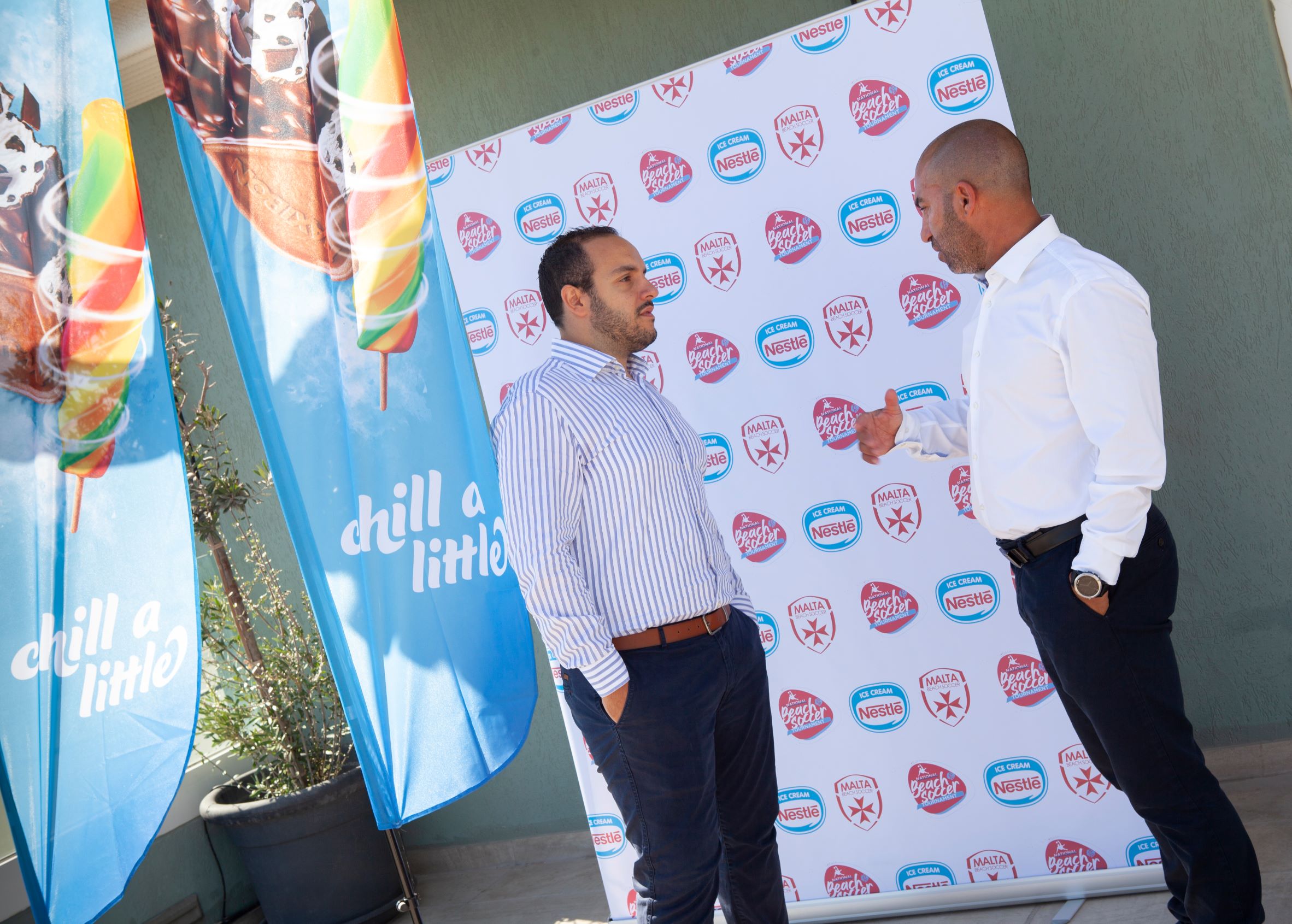 The iconic Nestlé Ice Cream brand will be the platinum sponsor of the Malta Beach Soccer Association (MBSA) for years 2020-2023. This was announced by Nectar Ltd, exclusive distributor and brand representative of Nestlé Ice Creams in Malta, and MBSA in a joint statement issued today.

The Malta Beach Soccer Association was founded in 2011 and enjoys a stable affiliation with the Malta Football Association (MFA), the Malta Olympic Committee (MOC), and SPORTMALTA. The Malta tournaments are held intermittently. The game was most popular during the early and late 2000s with more than 24 teams participating in the 4-week Malta Tournament held in various bays around Malta.

Pio Vassallo, MBSA President, said: “Our Association appreciates the valuable support that Nestlé Ice Cream  will be extending to MBSA and its tournaments for the coming three years.  Keeping in mind that beach soccer is still a relatively new sport in Malta, through this financial help, MBSA will be increasing beach soccer awareness around Malta while focussing on corporate stability and growth based on a 2020-2024 strategic plan.  Following the assurance of Nestlé Ice Cream’s three-year support, MBSA can now work towards long-term sustainability by encouraging beach soccer academies as these can provide both training and development opportunities. Furthermore, COVID-19 permitting, this year we are organising the National Beach Soccer Tournament between 27 August and 6 September.”

Carlos Abela, Nectar’s Chief Commercial Officer, said: “Nestlé Ice Creams have a strong reputation and recognition in Malta which are further strengthened through new and exciting ranges introduced every summer.  Nectar Ltd anticipates that this sponsorship will further sustain Nestlé Ice Creams’ popularity while giving a fresh and dynamic impetus to beach soccer as a result of the Malta Beach Soccer Association’s three-year strategic plan.”

The MBSA, together with the MFA and Birżebbuġa Local Council, will be organising the Nestlé Ice cream Beach Soccer Tournament for male and female players in Pretty Bay, Birżebbuġa. Exhibition matches will be played by the Ladies Team and the Ex-National Team, while tournaments will also be held for Girls U/12 and U/15. Finals are scheduled for Saturday 5 September. The closing date for applications is Friday 14 August. The public can attend free of charge. Apart from trophies and medals for the winning teams, there will be entertainment on-site and many other prizes to be won.

For more information about the Malta Beach Soccer Association or to apply for the upcoming Nestlé Ice cream National Beach Soccer Tournament, kindly send an email on info@maltabeachsoccer.com, visit the Association’s Facebook page on https://www.facebook.com/Malta-Beach-Soccer-189436831172277/ or visit our Instagram Page @Malta Beach Soccer.